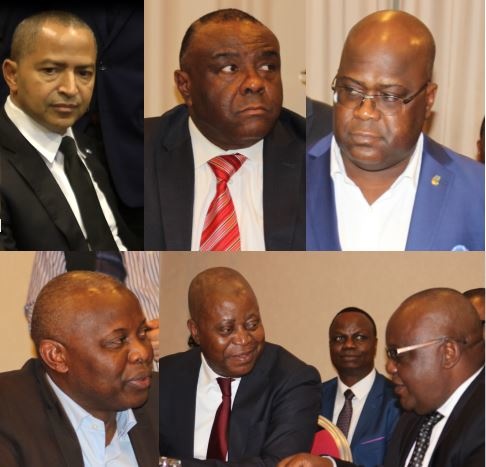 The Democratic Republic of Congo’s electoral commission confirmed opposition leader Jean-Pierre Bemba’s
disqualification from this year’s presidential vote. Bemba’s removal excludes two key figures from challenging
President Joseph Kabila’s anointed successor in the Dec. 23
vote, after businessman-turned-politician Moise Katumbi was prevented from registering for the race. Congo, the world’s
biggest cobalt miner hasn’t had a peaceful transition of power since it gained independence from Belgium in 1960.
Twenty-one of the 26 candidates who registered last month were authorized to run in the election, including Emmanuel
Ramazani Shadary, the head of Kabila’s political party and the nominee of the ruling coalition. From the ranks of the
opposition, the best established contenders are Felix Tshisekedi, leader of Congo’s largest opposition party, and
Vital Kamerhe, who finished third in the last election in 2011.
“The country will experience its first experience of a civilized handover,” Corneille Nangaa, the president of the
commission, pledged to reporters at a briefing in the capital, Kinshasa. 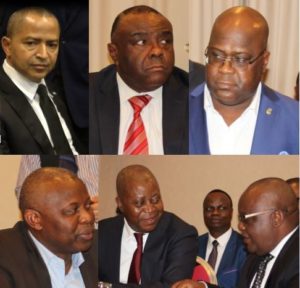 Bemba, acquitted of war crimes by the International Criminal Court in June, was excluded by the commission, known as
CENI, because of a second conviction by The Hague-based court for witness-tampering. The Constitutional Court upheld that decision on Sept. 4, after an appeal by Bemba’s party.
His unexpected return to Congo in August after a decade in detention briefly raised the possibility of him challenging for
the presidency. Bemba served as vice president for three years from 2003 before he was defeated by Kabila in a 2006 election.
Arrested in Belgium two years later, he was sentenced by the ICC to 18 years in prison for murders and rapes committed in the early 2000s in neighboring Central African Republic by fighters belonging to a Congolese rebel group he then led.
Katumbi, a onetime Kabila ally who has been in self-imposed exile for more than two years, was blocked by Congolese
authorities in August from returning to the country to file his bid for the presidency. An opinion poll published in July by New York University’s Congo Research Group found Katumbi and Tshisekedi would be the most popular candidates, each gaining 19 percent of the vote, two percentage points ahead of Bemba, who would come third.

Opposition leaders including Bemba, Katumbi, Tshisekedi and Kamerhe said in a Sept. 12 statement Kabila’s “regime is aiming to organize a massive fraud to conserve power” and demanded the restoration of “excluded or invalidated candidates.” They plan to rally behind a single opposition challenger to maximize their chances of victory, according to the statement. Kabila’s nomination of Shadary, a former interior minister under European Union sanctions for alleged human-rights abuses, ended months of speculation about whether the incumbent would seek to extend his 17-year rule and defy a two-term limit imposed by Congo’s constitution.
The election to find Kabila’s successor was supposed to take place in late 2016, but CENI failed to organize it on time.
The president’s choice to remain in power beyond the end of his five-year term sparked sporadic protests, in which security forces killed dozens of people.