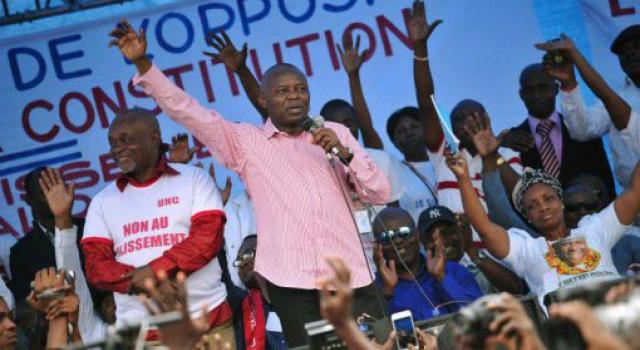 Congolese President Felix Tshisekedi will allow investigations into public spending to go ahead despite
efforts to cancel them by his chief of staff, in an apparent disagreement between some of the country’s most powerful men.
Former opposition leader Tshisekedi, who assumed office in January, is running the world’s biggest cobalt producer in partnership with his predecessor Joseph Kabila, whose supporters control both chambers of parliament. A caretaker ministerial team was in charge of day-to-day business until the appointment
of a power-sharing government last month. 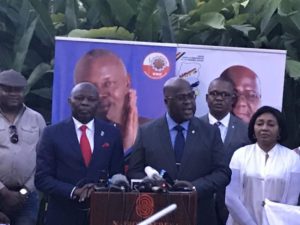 In August, the General Inspectorate of Finances began auditing the management of funds released by the Treasury to the interim cabinet. The agency separately investigated a $100 million credit line that was opened under the former economy minister.
Tshisekedi’s chief of staff Vital Kamerhe on Sept. 9 was cited by Jeune Afrique as saying he had suspended the probe into government spending. Kamerhe described the investigation as anact of “administrative rebellion” that lacked the authorization of the presidency, according to the magazine. The second investigation had also been closed following the publication of preliminary findings, he said.

However, the agency, known by its French acronym IGF, says both probes are ongoing.
Kamerhe “suspended them but the head of state has said to me the investigations will continue,” Victor Batubenga, head of the IGF, said by phone from Congo’s capital, Kinshasa.
Batubenga said he met Tshisekedi after he’d been briefly detained and questioned by the office of the president’s chief security adviser.
“He told me that we will do our work in independence and we will inspect all the ministries,” he said.
Tshisekedi’s spokeswoman, Tina Salama, confirmed the meeting took place and that the president supports Batubenga’s work.
The IGF looked into a credit line of $100 million allocated to compensate fuel-distribution companies for losses incurred due to a price cap, focusing specifically on a 15% “haircut” retained by the government.
Then interim Economy Minister Henri Yav Mulang asked the central bank in May to instruct two commercial banks to withhold $15 million and transfer it to an account controlled by a government committee that monitors fuel prices, the report said.
Kamerhe also asked the chief executive officer of one of the banks to transfer the haircut into a different account, a request that was not followed, it said.

More than $14 million was subsequently withdrawn from the account, whose signatories are two senior Economy Ministry officials, according to the probe. The haircut did not benefit the state and the account’s signatories haven’t explained how the money was used, the report concluded.
Kamerhe didn’t respond to calls requesting comment. He told Jeune Afrique the haircut was a regular operation and that no funds were misappropriated.
The file on the $15 million has been handed over to the prosecutor’s office, according to Batubenga.
“We will wait for the conclusions,” presidential spokeswoman Salama said, adding that Kamerhe “retains the trust of the head of state.”