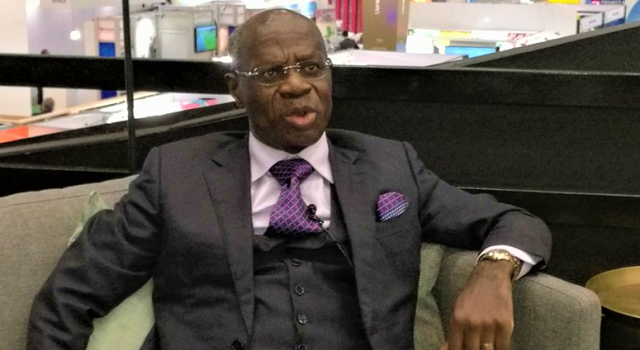 The Democratic Republic of Congo created a state monopoly for hand-mined cobalt as the government tries to exert more market control on the battery material.
People who extract cobalt from hand-dug pits with rudimentary tools, known as artisanal miners, will have to sell to a new company controlled by state-owned Gecamines, according to a previously unreported government decree dated Nov. 5.
It’s still unclear exactly how the new monopoly will be enacted and how effective it will be, but the change suggests the Congolese state wants to play a bigger role in cobalt production. The move also could affect refiners and traders, who may have to deal with Gecamines as a middleman.
The order is designed to allow Congo to control the whole
value chain of the artisanal industry, according to the decree
signed by Prime Minister Sylvestre Ilunga and Mines Minister
Willy Kitobo Samsoni. The country has insufficient control over
the price despite its strategic position, the government said.

This could “hinder the ability of artisanal mining to
balance the market,” said George Heppel, senior analyst at
business intelligence firm CRU Group. “We don’t think the
government can get material to market as efficiently” as the
traders currently purchasing the ore, he said.

Heppel said Congo is most likely to exercise its buying
rights when prices are high. Due to a supply glut of Congolese
cobalt, prices have fallen nearly 70% since April 2018.
Cobalt is a key ingredient for the rechargeable batteries
that power smartphones and electric cars and Congo is at the
center, accounting for more than 70% of production. Most of the
metal comes from large, mechanized mines operated by companies
including Glencore Plc, but an estimated 200,000 people make a
living digging copper and cobalt in the Katanga region.
Artisanal output soared when the cobalt price rallied in
2017 and early 2018, providing as much as 20% of Congo’s
production, according to metals trader Darton Commodities.
Congolese officials put the figure as high as 30%.

The ethical debate over artisanal cobalt has raged for
years. In 2016, Amnesty International accused technology
companies like Apple Inc. and Samsung Electronics Co. of
acquiring the mineral from mines that rely on child labor.
Mining companies often say artisanal miners trespass on
their private permits endangering themselves and employees,
while diggers and their families claim they have mined the land
for years and should have a right to access parts of the large
concessions.
A separate decree, also signed on Nov. 5, established a
regulator to ensure that no children are active on mining sites
and license artisanal cooperatives. However, neither the
regulator nor the Gecamines subsidiary have yet started
operating.
Kitobo, Ilunga’s spokesman Albert Lieke, and Gecamines
Chairman Albert Yuma and Director-General Jacques Kamenga didn’t
respond to requests for comment.
“If the main driver by the DRC government is to formalize
the sector and mitigate the various risks associated with ASM
mining, then this could be a good move,” said Andries Gerbens at
Darton Commodities. “But it comes across as more of a revenue-
generating decree rather than anything else.”
The Gecamines subsidiary will have a monopoly for five
years with the option of renewing the arrangement, according to
the decree. While the state miner doesn’t have significant
processing capacity, it’s authorized to establish partnerships
or delegate to other companies.
The decree covers all artisanal production of minerals that
Congo declared “strategic” in 2018, including coltan and cobalt.
As Gecamines isn’t active in the coltan-producing area of Congo,
it isn’t clear how the rules will be implemented.