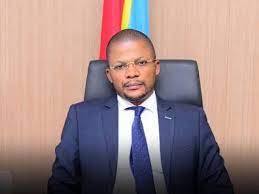 The Democratic Republic of Congo’s  hydrocarbons ministry announced the bidders for three gas blocks
in Lake Kivu, which it shares with neighboring Rwanda. The central African nation received 13 bids from nine companies to develop gas projects on the lake, which contains 66 billion normal cubic meters of dissolved methane. Congo expects production to create thousands of jobs and provide “an immense
windfall” for the impoverished country, the ministry said in a statement handed to reporters at a ceremony Wednesday in the capital, Kinshasa.
The government is rushing to tap the gas because it poses an explosion risk and Rwanda has already been exploiting the reserves for several years, according to the statement.
The ministry announced four bidders for Block Makelele, which is about 168 square kilometers (65 square miles), including Winds Exploration and Production LLC, Symbion Power from the US and la Societe Congolaise des Mines, des Hydrocarbures et de Developpement, or COMHYDEV.
New York-based Symbion previously had projects on the Rwandan side of the lake. The company didn’t immediately provide comment when contacted by phone. Houston-based Winds Exploration
and COMHYDEV didn’t immediately respond to phone and email messages respectively.

Congo is also offering 27 oil blocks throughout the country, which is the second-largest by landmass in Africa. Bids for the west-coast blocks are due by Jan. 30, Cuvette Centrale blocks Jan. 31 and blocks on Lake Tanganyika Feb. 1, the ministry said.
The oil auction has provoked concern from environmentalists and some foreign governments because several of the blocks overlap with tropical rainforests, peatlands and habitats of endangered animals.
Read: Congo’s President Rejects US Call to Halt Oil Bids in Peatlands