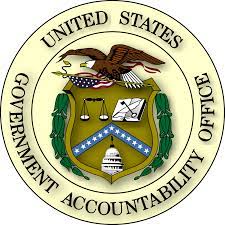 Violence in eastern Democratic Republic of Congo continues to rage unabated despite US legislation aimed at stopping the mineral trade from fueling conflict, the Government Accountability Office said.
The so-called conflict-mineral law that came into effect in 2014 requires US-traded companies to investigate and disclose if their products may include gold, tin, tantalum or tungsten from Congo or its nine neighboring countries. While corporate reporting on mineral-supply chains has improved since then, the security situation in eastern Congo hasn’t, the GAO said in a report published Wednesday.
“Armed groups continue to commit severe human-rights abuses, including sexual violence, and profit from the exploitation of ‘conflict minerals,’” according to the report.
The number of deaths and displaced people due to violence in eastern Congo continues to rise, it said.
Mineral-rich eastern Congo has suffered from conflict since the 1990s, when a civil war and genocide in neighboring Rwanda spread across the border, igniting a series of wars that eventually enveloped more than a half-dozen African nations.
Despite a peace agreement in 2003, more than 100 armed groups are still active in the region, which has a population of about 20 million people, according to the United Nations.
The GAO, which acts as a government watchdog, was tasked by Congress with monitoring the impact of the conflict-mineral law, which requires companies like Apple Inc. and Tesla Inc. to submit lengthy reports on their mineral-supply chains.

In total, 1,021 companies filed a conflict-mineral report to the Securities and Exchange Commission last year, the GAO said. An estimated 66% of those companies were able to make preliminary determinations about the source of the conflict minerals in their products, compared with 30% in 2014, the GAO
said.

Of those companies that did further investigations, almost half couldn’t determine where their minerals actually came from, according to the report. “Companies may have hundreds of suppliers or more
throughout many tiers in their supply chains,” the GAO said. This makes following the links all the way back to the mines a complicated endeavor, it said.
Regular audits of smelters and refiners and upstream mineral-tracing programs in Central Africa have helped companies better understand their supply chains, according to the report,
though some anti-corruption groups question the reliability of some of these initiatives.
Under the US law, there are no sanctions for a company if it discovers its minerals come from conflict zones; it’s simply required to report it. The GAO doesn’t blame the conflict- mineral law for the ongoing violence.
“Conflict in eastern DRC is a complex and multi-dimensional problem, with interdependent factors that vary across the provinces and remain unaddressed,” the GAO said.
Read: Conflict-Mineral Tracing Failing Spectacularly in Congo, GW Says
The report cites weak governance, corruption, ethnic tensions, economic pressures, and meddling by neighboring countries including Rwanda, Burundi and Uganda as the main factors in eastern Congo’s multiple conflicts. Uganda and Burundi currently have soldiers in Congo to fight rebel groups,
while United Nations experts say Rwanda’s army has been secretly supporting a rebellion in the region. The UN experts regularly accuse all three countries of profiting from Congo’s illicit mineral trade.
Congolese President Felix Tshisekedi placed two of the nation’s eastern provinces under the control of the army last year in an attempt to stem the fighting.
“The state of siege has not improved and may have exacerbated the security situation in these provinces,” the GAO said, which noted that the army itself is sometimes involved in the mineral trade.
The conflict-mineral law has made it harder for armed groups to profit from the trade in tungsten, tantalum and tin ore, but the smuggling of Congolese gold, which is worth hundreds of millions of dollars a year at least, has been more difficult to stop, according to Sasha Lezhnev, a policy
consultant with Washington DC-based anti-corruption group the Sentry.
“The United States and European Union should take bolder financial measures to hold officials accountable for supporting armed groups, as well as those involved in the conflict gold
trade,” he said.