A transfer of lucrative cobalt and copper assets by the Democratic Republic of Congo’s state mining company enabled a little-known investor to make $40 million within weeks. The transaction and almost immediate resale of control of the assets to Eurasian Resources Group Sarl is the latest deal in Congo to face scrutiny by anti-graft campaigners. Alleged corruption in mining transactions in the central African nation has led to financial sanctions and multiple ongoing investigations by law-enforcement agencies around the world. Congo dominates global production of cobalt, a key ingredient in the rechargeable batteries that power electric vehicles. Luxembourg-registered ERG owns one of the largest copper-cobalt projects in the country, which is at the forefront of the company’s efforts to position itself as a major player in the revolution toward more environmentally friendly transportation.
A little over two years ago, ERG expanded its pool of raw materials by striking a deal in which French national Elie- Yohann Berros played a highly profitable intermediary role. 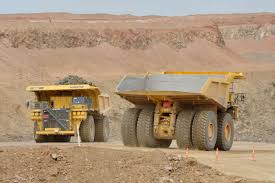 On Nov. 7, 2018, state miner Gecamines leased rights to process billions of dollars worth of copper and cobalt reserves to Evelyne Investissement SAU, an entity Berros had created two months earlier, according to a copy of the agreement, Congolese corporate records and an ERG filing. In exchange, Evelyne made an initial $10 million payment, the documents show. Later in the same month, Gecamines signed off on Berros’ sale of 51% of Evelyne to ERG for $50 million, according to ERG’s annual
report. The state miner still stands to gain hundreds of millions of dollars from the deal through royalties and a signing bonus, according to the contract. Gecamines — once one of the world’s biggest copper producers until years of mismanagement nearly bankrupted the company — could have blocked the share transfer under its contract with Berros’ firm. Gecamines didn’t respond to questions submitted to Chairman Albert Yuma. Former Chief Executive Officer Sama Lukonde, who became Congo’s prime
minister Feb. 15, didn’t reply to questions sent before his appointment. Lukonde wasn’t CEO when the Evelyne transaction took place. ERG and Berros declined to comment on what value he brought
to the deal with the state miner and why ERG needed him as an intermediary to acquire the rights. ERG’s spokeswoman declined to clarify when the company first expressed an interest in securing the minerals that Gecamines transferred to Evelyne.

Berros, 38, doesn’t appear to have experience in copper and cobalt mining, and Bloomberg couldn’t find any evidence that he’d ever done business in Congo before 2018, though his Paris-based lawyer, Patrick Klugman, says he did. Neither Berros nor ERG would provide information in response to Bloomberg’s questions about the terms of their partnership or confirm if Berros is expected to finance 49% of
Evelyne’s contractual obligations and costs. Berros and Klugman say the Frenchman borrowed the $10 million he advanced to Gecamines.
“It is deeply concerning that ERG did not purchase this asset from Gecamines directly, but instead appears to have acquired it via Berros, a man with no public track record in DRC,” said Margot Mollat, a campaigner at Global Witness, a London-based corruption-watchdog that has investigated Berros’
business activities. “As a result, it appears that Gecamines may have lost out and within weeks Berros walked away $40 million richer.”

While the financial details of the transactions in late
2018 haven’t previously been reported, in July Bloomberg and
anti-corruption organizations revealed links between Berros and
Israeli billionaire Dan Gertler, who was sanctioned by the U.S.
government in December 2017 for alleged corruption in Congo,
which Gertler has denied. Global Witness and the Platform to
Protect Whistleblowers in Africa, known as Pplaaf, described
Berros as a “frontman” for Gertler in a joint report.
In one example, the Frenchman created a Hong Kong-
registered company with the same distinctive name as one of the
Israeli’s holding companies — Fleurette Mumi Holdings — a week
after the U.S. sanctions were announced.
Berros told Global Witness in April he mistakenly believed
he had obtained Gertler’s permission to set up the company
through a mutual acquaintance, before the U.S. Treasury unveiled
its measures. Gertler’s lawyers told Bloomberg in June that
Berros used the Fleurette Mumi name without his knowledge. Both
Berros and Gertler, 47, deny any association with each other.

Placing sanctions on the businessman, the U.S. Treasury
said Gertler had used his friendship with former Congolese
President Joseph Kabila to operate as a “middleman” between
multinational mining companies and the state. The Evelyne
transactions took place a month before elections to choose
Kabila’s successor after nearly two decades in power.
ERG said in corporate filings in November 2020 it had hired
a “leading global law firm” to review the Evelyne deal after
“adverse media reporting” suggested a party to the arrangement
was “connected” to an individual subject to U.S. sanctions. The
company declined to identify the law firm in response to
questions from Bloomberg, but said it found no reason to support
claims that Berros represented Gertler.
The internal investigation uncovered no “wrongdoing, nor
evidence that a party to the relevant transaction was acting on
behalf of a sanctioned individual,” a company spokeswoman said
in an emailed response to questions for this article. “It is
ERG’s policy to conduct its business activities in strict
compliance with all applicable sanctions laws and regulations.”
A spokesman for Gertler told Bloomberg that ERG informed
the businessman that its investigation “found no connection
whatsoever” between Evelyne and the Israeli. He said Gertler
cannot comment on Evelyne’s activities because he isn’t involved
with the company.

On Jan. 15, in the final days of the Trump administration,
the U.S. Treasury Department eased sanctions on Gertler and his
companies for 12 months without explanation. Bloomberg has
reported that the Biden administration is likely to reverse that
decision.
Gertler said in an emailed statement that the Treasury
Department’s reprieve was based on his commitment “to comply
with the terms and conditions” set by Treasury’s Office of
Foreign Assets Control.
“Moving forward, transparency and accountability will be
the foundation of our business, and we will work hand in hand
with law enforcement, civil society and international
organizations to guarantee this,” he said.
One of Gertler’s lawyers, Alan Dershowitz, served as
President Donald Trump’s attorney in his first impeachment
trial. In an email, Dershowitz said he did not discuss Gertler’s
case with Trump.
Another lawyer representing Gertler said he sued Global
Witness and Pplaaf for defamation following the publication of
their claims, while Klugman says Berros filed a criminal
complaint against them in Paris.
Both organizations said they haven’t received a copy of the
lawsuits. “If a trial is held, we are confident that Pplaaf’s
good faith will be recognized given the quality of the
investigation carried out,” Pplaaf’s director, Henri Thulliez,
said in an emailed statement.

ERG holds assets, including several mining projects in
Congo, that belonged to Eurasian Natural Resources Corp., a
company that was listed on the London Stock Exchange. The U.K.’s
Serious Fraud Office has been investigating ENRC since 2013 for
alleged corruption in its deals in Congo, including several
where Gertler acted as an intermediary acquiring assets from
Congo’s state-owned mining companies before ERG bought them at a
higher price within months.
ERG is owned by the same shareholders that controlled ENRC.
The ongoing probe hasn’t resulted in charges against ENRC and
the company denies any wrongdoing.
According to ERG’s 2019 annual report, the reserves
Gecamines leased to Evelyne, which are known as tailings —
historic mining waste that can be reprocessed using modern
technology — may contain the equivalent of 2 million tons of
copper. Berros told Global Witness in June that they may hold
more than 2.5 million tons of copper and almost 230,000 tons of
cobalt.
At today’s prices, the raw value of the minerals is more
than $18 billion, according to ERG’s estimated reserves, and
more than $30 billion using Berros’ estimates, before the
significant costs of processing them and the removal of
insufficiently high-grade ore. Under its contract with Evelyne,
Gecamines will eventually receive a 2.5% royalty on gross
revenue and a signing bonus that could climb to almost $470
million — less the $10 million already paid — using current
mineral prices and if Berros’ figures are accurate.
READ: Copper Surges Above $9,000 as Shortfall Concern Spurs
Rally
The tailings, which stretch for miles in grayish heaps just
outside the southeastern mining hub of Kolwezi, are a reminder
of Gecamines’ glory days. Now — like most of Gecamines’ most
valuable assets — they’re under private control. Evelyne’s five
tailings dumps overlap with permits controlled by Glencore Plc,
Ivanhoe Mines Ltd., and the Sicomines project, a $3.2 billion
joint venture between Gecamines and several Chinese state-owned
companies.
ERG is already processing another tailings dump at its
giant Metalkol project not far from the site of Evelyne’s
resource. Gertler owns the rights to a 2.5% royalty on
Metalkol’s net turnover, which one of his companies bought from
Gecamines in 2017. The ERG spokeswoman declined to say if
Metalkol’s facility will treat Evelyne’s copper and cobalt.
ERG expects that the use of cobalt in electric-vehicle
batteries will quadruple between 2019 and 2025, according to a
sustainability report published in October. Once Metalkol
reaches full production, the operation will make the company “a
major player” in global output of the metal, it said