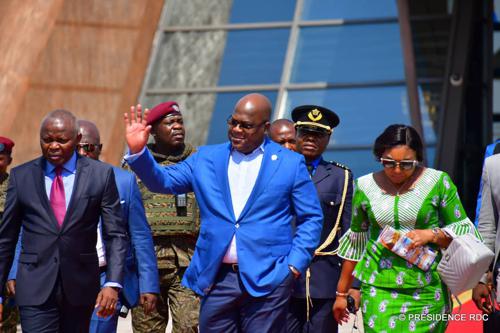 General Electric Co. signed a preliminary accord with the Democratic Republic of Congo to develop several energy and health projects in the central African country.
The two parties signed a memorandum of understanding on the
projects on Wednesday in the Congolese capital, Kinshasa. The
deals could be worth about $1.8 billion, according to two people
with direct knowledge of the talks.
GE South Africa Ltd. and Congo are discussing about $1
billion worth of hydropower projects that would add some 1,000
megawatts of power to Congo’s grid over the next three years,
the people said, asking not to be identified because the
information isn’t public. Discussions are also being held on
about $800 million of health-related infrastructure investments,
they said.
The deal may include the rehabilitation of turbines on the
Inga I and II dams that would return about 650 megawatts of
power to the grid, Eric Amoussouga, GE’s chief executive officer
for francophone Africa, told reporters.
GE is also looking at the possibility of producing energy
through liquefied natural gas projects, he said.
Congo’s rivers could produce more than 100,000 megawatts of
energy but the country has only about 2,500 megawatts of
installed hydropower, much of which isn’t functional, according
to the national electricity company, SNEL. Only 9% of Congolese
have access to electricity.
The country is currently in talks with the African
Development Bank to develop a third dam at the Inga site on the
Congo River. It could provide as much as 11,000 megawatts but
could cost more than $14 billion.
“We currently have a power deficit of about 4,800
megawatts,” Serge Tshibangu, an energy adviser to President
Felix Tshisekedi said Wednesday. “The GE deal would let the
president lower that deficit quickly by more than 20%, instead
of waiting around several years for Inga III.”
U.S. Ambassador to Congo Mike Hammer said the GE
preliminary accord means that “once again, Congo is open for
business and open for American investments.”