Isabel dos Santos, Africa’s richest woman, built hermulti-billion dollar business empire via a series of questionable deals involving Angolan state assets during her father’s 38-year rule of the resource-rich nation, according to a report by the International Consortium of Investigative Journalists.
Dos Santos got access to lucrative deals involving state- owned oil company Sonangol, diamonds, land and telecommunications and funds were diverted to offshore bank accounts linked to her and her husband Sindika Dokolo, it said.
The trove of emails, charts contracts and accounts were mostly
obtained by the Platform to Protect Whistle-blowers in Africa
and shared with the ICIJ.
Dos Santos has repeatedly denied any allegations of wrongdoing and said they are part of a politically motivated campaign. The ICIJ “is perpetrated by political agenda to neutralize Isabel dos Santos,” she said in a series of tweets on Sunday. “I build companies and enterprises, I invest and create jobs.” 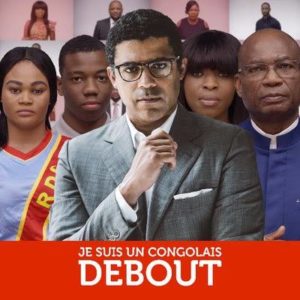 The report, dubbed Luanda Leaks, also details how some of the world’s leading professional service firms, including PricewaterhouseCoopers International Ltd. helped Dos Santos profit from Angola’s wealth. PwC ended its service contracts
with companies controlled by her and had started an
investigation into the matter, Lusa reported.
Dos Santos, who has been living outside Angola for the past two years, has a net worth of about $2 billion, according to data compiled by Bloomberg. She has been under fire since Joao Lourenco, who replaced her father as president, vowed to root
out corruption and began dismantling the influence of his predecessor over key industries. Shortly after assuming office
in 2017, Lourenco fired her as chairwoman of Sonangol and removed her brother, Jose Filomeno, from the helm of the
country’s sovereign wealth fund.
Last month, an Angolan court froze the local assets of Isabel Dos Santos, Dokolo and one of her executives, Mario da Silva. The nation’s top prosecutor alleges the three engaged in transactions with state-owned companies that led to the government incurring losses of $1.14 billion.
Dos Santos accuses Lourenco of carrying out a witch hunt against her family and insists that her wealth is the product of hard work and determination.