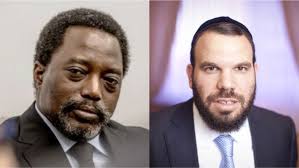 The U.S. will end a temporary sanctions reprieve for Israeli billionaire Dan Gertler, according to the State Department, reversing a decision granted in the Trump administration’s final days.
The U.S. sanctioned Gertler and his companies in 2017 for allegedly corrupt mining and oil deals in the Democratic Republic of Congo. The Treasury Department under President Donald Trump issued a special license in January that exempted Gertler’s business activities from the sanctions until Jan. 31,
2022. 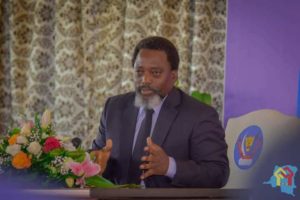 The move by Trump triggered an uproar among U.S. lawmakers and government officials who said they were left out of the decision-making process. Democratic Representatives Karen Bass and Gregory Meeks of the House Foreign Affairs Committee called on Treasury Secretary Janet Yellen to undo the Trump administration move, as did Senators Cory Booker, Dick Durbin and Ben Cardin.
Related: Hezbollah and Israel’s Richest Were Both Welcome at a Congo Bank Under Yellen, the Treasury Department has decided to revoke the special license.
Ned Price, a State Department spokesman, said in a statement that “the license previously granted to Mr. Gertler is inconsistent with America’s strong foreign policy interests in combating corruption around the world, specifically including U.S. efforts to counter corruption and promote stability in the
Democratic Republic of the Congo.”
Lawyer Alan Dershowitz, who’s representing Gertler, assailed the decision in a telephone interview, saying it “was made with no opportunity for Mr. Gertler to present evidence
that he has been totally in compliance with all the OFAC requirements and that he has done everything absolutely properly under the license.” He was referring to the Treasury’s Office of Foreign Assets Control, which enforces and administers trade sanctions. “We are now considering our options,” Dershowitz added.
A Treasury spokesman declined to comment.
At the time of Gertler’s sanctioning, the Treasury Department accused him of acting as a middleman between multinational corporations and the state and of setting up companies on behalf of former Congolese President Joseph Kabila, all of which Gertler denies.