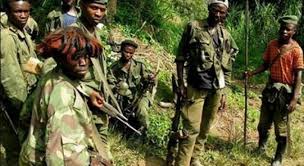 The U.S. State Department designated affiliates of the Islamic State in the Democratic Republic of Congo and Mozambique as terrorist organizations, imposing sanctions on them and their leaders.
The affiliates comprise the Allied Democratic Forces, which began an insurgency in eastern Congo in the 1990s, and the al-Shabaab group that began a rebellion in northeast Mozambique in
2017. The U.S. refers to the ADF as ISIS DRC, while calling the Mozambique affiliate ISIS Mozambique.
In Mozambique, the State Department named Abu Yasir Hassan as the leader of the group that locals refer to as al-Shabaab, which isn’t part of the al-Qaeda affiliate in Somalia that uses
the same name. ISIS-DRC is headed by Seka Musa Baluku.

“All property and interests in property of those designated that are subject to U.S. jurisdiction are blocked, and U.S. persons are generally prohibited from engaging in any transactions with them,” the State Department said.
Attacks by the ADF have contributed to the displacement of millions of people in eastern Congo. The United Nations Group of Experts on Congo has said it’s unable to confirm any direct link or support between IS and the ADF.
The insurgency in Mozambique has left more than 2,500 people dead and forced an estimated 668,000 others to flee their homes.