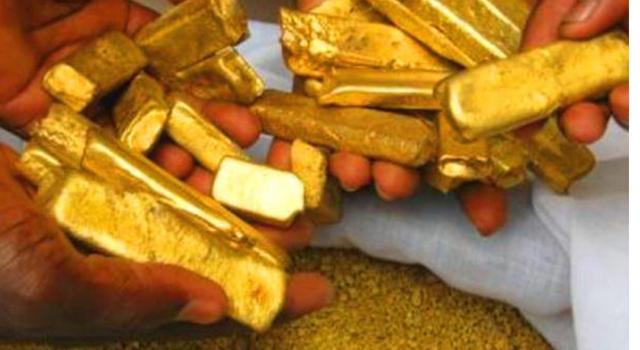 Gold smuggling from eastern Democratic Republic of Congo is costing the impoverished country millions
of dollars in tax revenue and funding conflict and criminal networks that stretch across Africa and beyond, according to a United Nations Group of Experts report.
Congo’s official exports of hand-dug gold bear almost no relation to reality, the group said Friday, with “significant smuggled volumes” of gold ending up in Uganda, Burundi, Rwanda, the United Arab Emirates and Tanzania.
Congo is one of the “region’s largest artisanal gold producers, and yet one of its smallest official exporters,” the group said in its annual report on Congo’s ongoing conflicts published on the website of the UN Security Council.
Official production of artisanal gold in Congo was 333.4 kilograms (735 pounds) last year, while the country only exported 39.4 kilograms worth about $1.3 million, according to Mines Ministry statistics.
The UN report estimates that a minimum of 1,100 kilograms of gold was shipped in 2019 from Congo’s northeastern Ituri province alone, which would have generated $1.9 million in taxes
if it had been legally exported.
Some profits from the smuggled gold continue to fund militia in eastern Congo, the report said. Dozens of armed groups have proliferated in the region since the end of Congo’s civil wars nearly two decades ago, often fueled by revenue from natural resources. 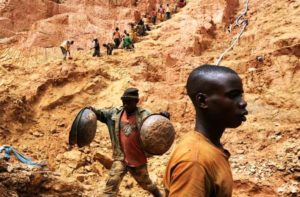 Last month, the UN warned that an armed movement in Ituri that has been attacking artisanal gold mines could be guilty of war crimes and risked igniting a new regional conflict. Friday’s report painted a picture of a vast and opaque network of gold trafficking and money laundering that
encompassed all parts of the supply chain, from the mines to the refineries to the gold buyers.
“Some refineries acted as brokers, used cash payments that evaded tracing, undertook refiner-to-refiner trading that concealed the origin of smuggled gold and used corporate networks, making it difficult to establish beneficial ownership,” the group said. “Most gold trading evaded the formal banking network.”
In 2015, a report from the Organisation for Economic Cooperation and Development estimated that between 10 and 15 tons of artisanal gold was produced in Congo each year. At current prices, that amount of gold would be worth up to $836 million.
In September, the U.S. Customs and Border Protection began requiring companies that import products into the U.S. made in whole or in part from Congolese artisanal gold to prove that their goods weren’t the product of forced labor in the country’s mines.
The group urged all companies involved in the mining, processing and purchase of Congolese mineral products to audit their supply chains and make their due diligence findings public to comply with a 2010 resolution by the UN Security Council